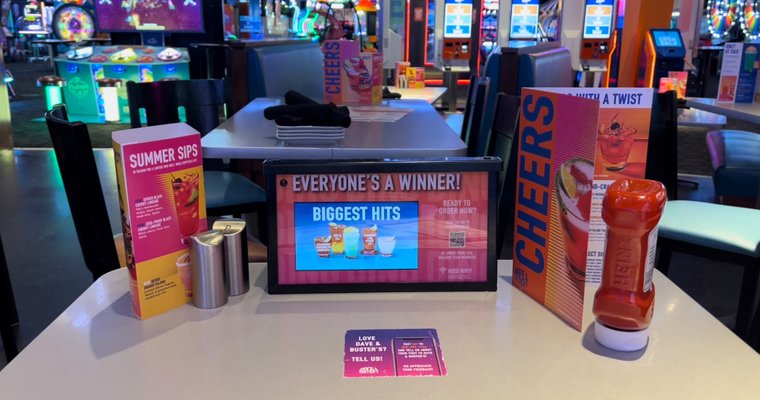 As reported by Digital Signage Today, Glass-Media, a U.S.-based digital signage firm, and Israel-based Wi-Charge, a wireless power solutions provider, have partnered to develop wirelessly-powered smart digital signage displays. DST sat down with Daniel Black, founder and CEO at Glass-Media, and Ori Mor, VP of research and development at Wi-Charge, to learn more about how they are revolutionizing signage in brick and mortar, especially at the point of sale.

The story began almost by fate when Black was visiting his sister in Israel last summer. He took a phone call from a colleague, who said Black needed to check out an exciting new Tel Aviv company called Wi-Charge. "I'm sitting in my AirBNB in Tel Aviv!" Black laughed. "Literally four days later, Ori and I had breakfast together. And that's how we first met."

A recipient of the Israeli Defense Award, Mor built Wi-Charge with fellow alumni of the IDF's Electronics Research Department. "Most of the high tech in Israel is based on these veterans," Mor explained. "We get to do cutting edge technology in the army and then (create) startups."

Mor decided he needed a passion project after he sold his second successful start-up: wireless power, the holy grail of countless inventors since Nikola Tesla. "We didn't know, by the way, it would take us eight years," Mor said. "We were either naïve, or optimistic or stupid — or a combination of all three!"

The first successful model was unveiled in 2018; "it was a big bulky transmitter that cost half a million dollars and took us six months to build," Mor said, holding up the current, palm-sized model used by the partnership.

Starting with 5-inch screens, the team now offers 7 and 9 inch models. Featuring Bluetooth, Wi-Fi and 5G connectivity, screens run proprietary firmware for basic operations. No OS means efficient power consumption, with cloud-based content management and compatibility with API. "It can work with any CMS out there," Mor said.

"Light carries power," Mor explained, citing Einstein on the photoelectric effect. "It's efficient and safe." He added that the tech has been approved by numerous regulatory agencies, including the FDA, UL and IEC.

Unlike smart phone radiation, this system "delivers power in a straight line. So, a millimeter outside the beam, there is an absolute zero, so no one gets exposed to the light… It's the most benign part of the spectrum," Mor said.

"If someone interrupts the beam, the beam collapses immediately," Mor added. "So, the amount of light that you've been exposed to is also minimal." In these cases, the device runs off the internal rechargeable battery, which is designed to last up to at least a full working day. Black added that screens are installed either adjacent to or in line of sight with a charger. Mor says his team has experimentally verified wireless charging at up to 300 feet, which could eventually be possible at up to 1,000 feet; still, they're focusing on the multi-billion-dollar short-range applications market.

With a working model, the partnership initially targeted c-stores during COVID. "Where was traffic the strongest?" Black said. "Convenience stores, grocery and liquor stores. We realized point-of-sale advertising is where people are… it's almost a recession-proof business model."

The team is now working with more than 200 retail brands worldwide. "We're working with a number of CPGs that would rather have owned media inside the store and have full control over it," Black said. "And I think that's really what wireless charging is empowering us to do, is (to) place digital signage in-store where we don't have access to power."

Low maintenance has made the system a hit. "The thing with the Wi-Charger wireless charging is you guarantee 100% campaign compliance from rechargeability," Black said, which contrasts with traditional battery-based signs, which are labor intensive. Battery cost adds up, and missed replacement schedules can endanger ad campaign compliance.

"Digital displays powered by wireless charging have enabled us to rethink and reimagine how we market our diamond jewelry business that is focused exclusively on ethically sourced, lab-grown diamonds," Melissa Scott, head of retail, Clean Origin, said when asked for comments on the story. "Working closely with Glass-Media, we've integrated a number of digital displays that capture the attention of our customers and drive greater brand visibility, all without having to rewire and remodel our store or constantly worry about replacing batteries."

"We are amazed by the versatile capabilities of those innovative displays," Fernando Claro, VP at SEAL Brazil, added when asked for comments. "We've been working with several different digital signage displays, but the new Wi-Spot by Wi-Charge is indeed unique. Not only can we easily digitize any area in the store thanks to their over-the-air long-range charging capabilities and incredible mounting flexibility, but the massive customer behavior data that we're getting from those smart displays are amazing both for brands and retailers. We see a future where Wi-Spot displays will be in retail stores, drugstores, restaurants, embedded in furniture, everywhere."

Black says this versatility is a big selling point. "You can infuse these anywhere in the retail environment," he said. "We have the rise of buy now, pay later, and with the holidays coming up, a lot of retailers are pushing their loyalty cards… We're now designing Digital Point of Sale countertop displays."

Mor added that an estimated 80% of buying happens in brick and mortar, when consumers see a product in arm's reach. "Think of bringing all the digital capabilities to the edge of the shelf where the product sits," Mor said.

In retail, renovations are rare because they are expensive, and landlords often impose limits on such work; with wireless power, the question vanishes. "One of the biggest value propositions of wireless charging for us in retail," Black said. "Whatever we're doing, as long as we have access to one outlet somewhere, we can now infuse digital into the customer journey."

Tabletop digital is a large and growing use case for the partnership. "In fast casual/QSR, you'll probably start to see this late next year," Black said. "In 2024 you'll start to see them everywhere."

Beyond retail and restaurants, the team is exploring wayfinding, including airports, and consumers show interest in larger screens generally. In the smart-home realm, the team has worked on a smart lock, security cameras are in the works. Mor also held up his wirelessly charged travel toothbrush.

Sustainability is an enormous factor. Mainstream screens use large battery packs, which they burn through quickly. This means lots of batteries in the landfill, which Black says is terrible for the environment: "That's also why I got so excited talking to Ori, from a corporate sustainability standpoint. We don't want to deploy tens of thousands of batteries that we then have to attempt to recycle, right?" Black said. "This is extremely good for the environment. It's a permanent solution. And we don't need to deal with batteries aside from a very small rechargeable, internal battery on the unit."

Mor added that the team's studies have found that each wirelessly charged display can save an estimated 5,000 disposable AA batteries. "That's more than your body weight in batteries," he said, and estimated that if a single major retail chain adopted the technology, it could save up to 100 million batteries per year.

What does the future hold?

"That's above my paygrade," Mor laughed. "When technology starts to accelerate, limitations that are imposed by the technologies — speed, size, power, everything — the economy of scales drives (it), so I don't know where it would end."

"Because it's a new market, people should not be afraid to send us a web inquiry and say, hey, could this work for this use case?" Black added. "Or this business case? Because I think for us it's such a new market. We're paving the way, and and we want to collaborate with brands and retailers on what their bottlenecks are currently."

As a battery expert, Mor couldn't resist asking to add a final sidebar on phone charging. "Right now the race is to charge the batteries faster and faster," he said, but this degrades battery life over time. Mor recommends normal charging speeds and keeping the battery between 20-80% charge, which he said can extend battery life five-fold. 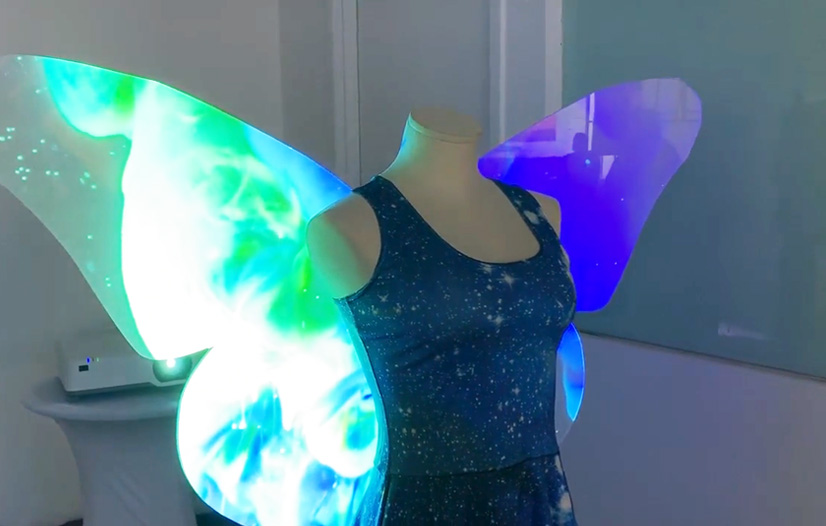 Glass-Media premiered a new augmented-reality product at the 2019 NEC Showcase. 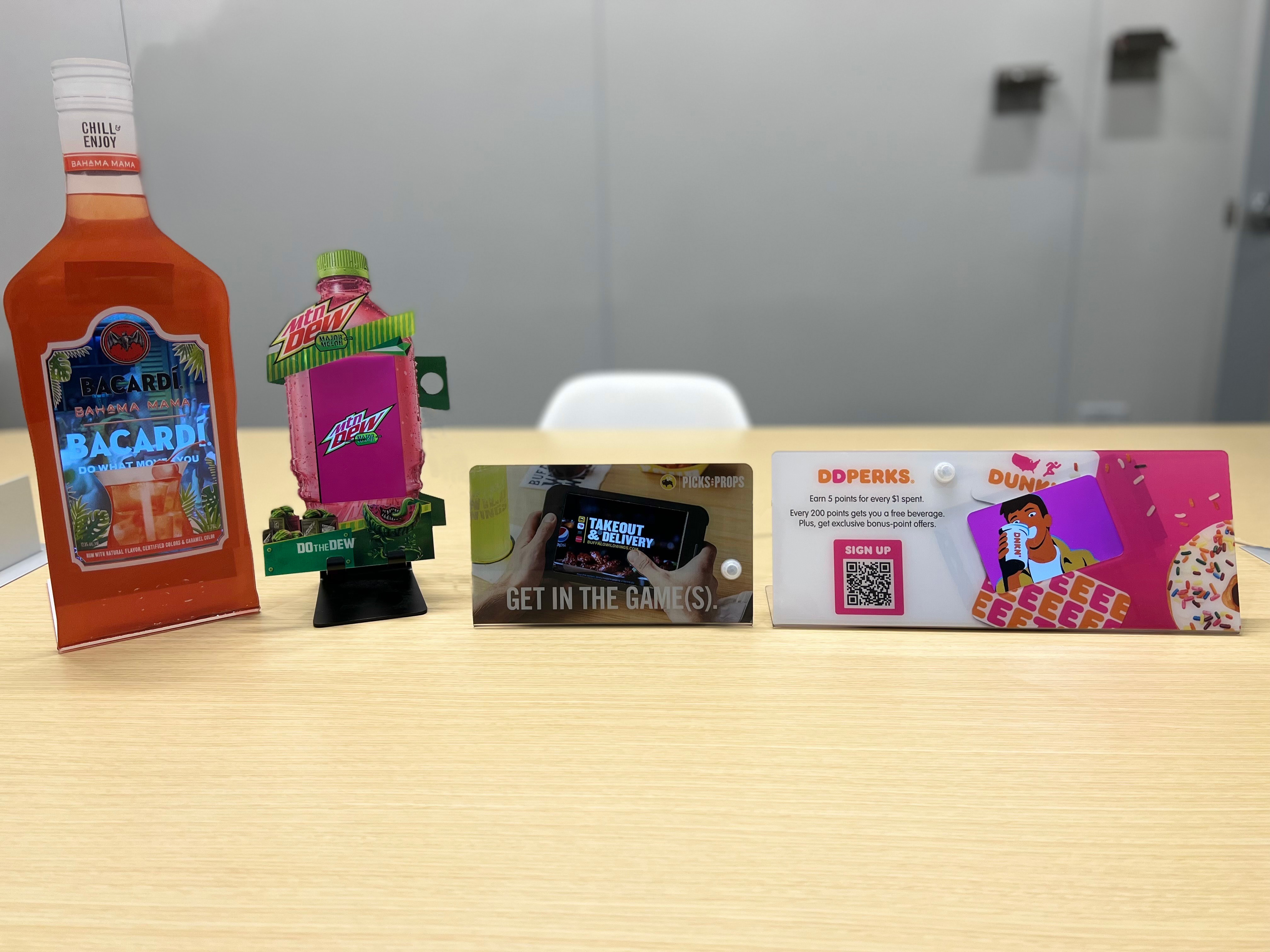 After well over a year of research and development, we are excited to announce the launch of ‘Hourglass’ - a highly unique, digital, miniaturized, POP solution that empowers brands to:

We’re ready to help you stand out in your industry. 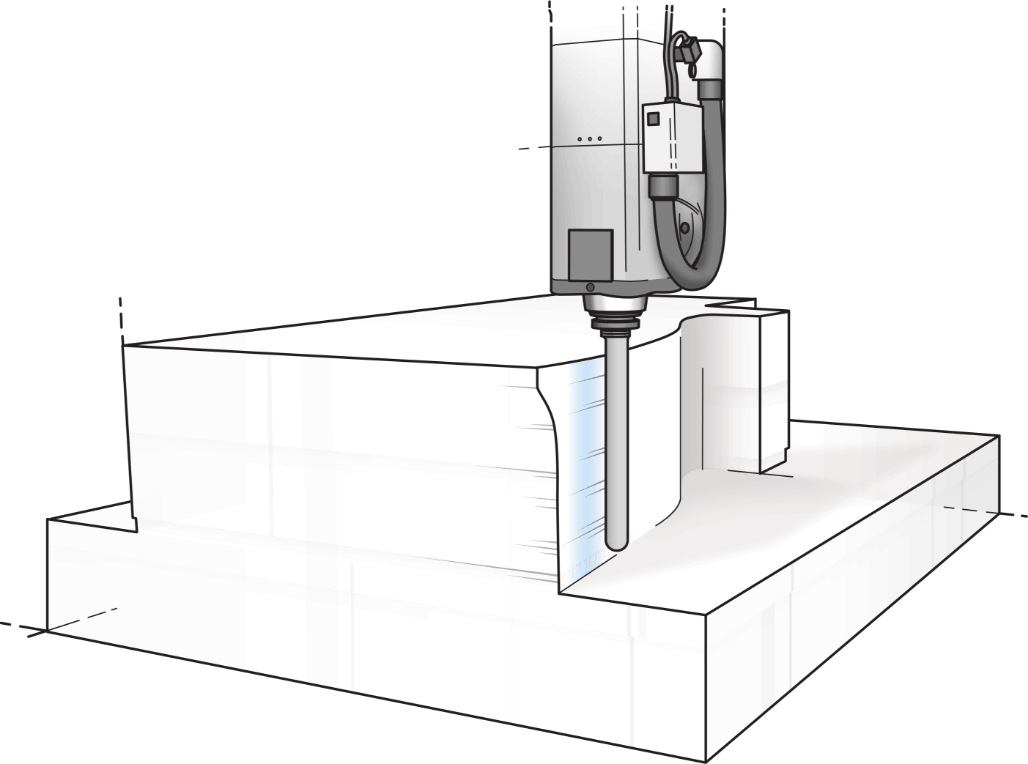